Here are some pretty interesting factoids we’ve ran across.  We will try to get more done here when were not working on cars!  (OK, possibly in between cars!)

Were always interested in cool factoids, so if you know a few then please feel free to share them with us!

Question:  What temperature does gas freeze at?

Answer:  If you’re asking about gasoline, the answer that is sometimes given for this question is -72 C (-97), but the problem is that gasoline is not a single component, so it doesn’t freeze all at once. The best answer would be that it *starts* to freeze at -72, but some hydrocarbons in the gasoline will not freeze until -184 (-300F).

Question:  What temperature do tires melt at?

Answer:   There is no actual melting point for rubber tires, although they can be softened by super heating. Tires are typically recycled by shredding, freezing and shattering them into tiny particles for use in creating other useful items.  (technology let’s us build things better & better!)

FACTOID #2:  On average, drivers spend more then 2 weeks through their whole lives waiting for traffic lights to change!

FACTOID #3:  The first cars didn’t have steering wheels so drivers had to steer with a lever.

FACTOID #4:  The very last car to be able to play cassettes was the Ford Crown Vic, which still had an optional player in 2011.

FACTOID #5:  In California there are at least 7 people registered at the DMV with the name “Jesus Christ” (Amen to that!)

FACTOID #6:  In the United States, there’s at least one car per person, and that includes babies!

FACTOID #7:  Most American car horns beep in the key of “F”.

FACTOID #9:  Car Air Bags, kill at least one person for every 22 lives they save!

FACTOID #14:  The Kea, a Bird that’s native to New Zealand, is notorious for eating the strips of rubber around car windows.

FACTOID #15:  Holding a remote car key to your head doubles it’s range because the human skull acts as an amplifier.

FACTOID #16:  1 BILLION cars are in active use across the world today!

FACTOID #17:  Steve Jobs car never had a license plate due to a loophole in California State law! 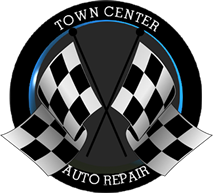